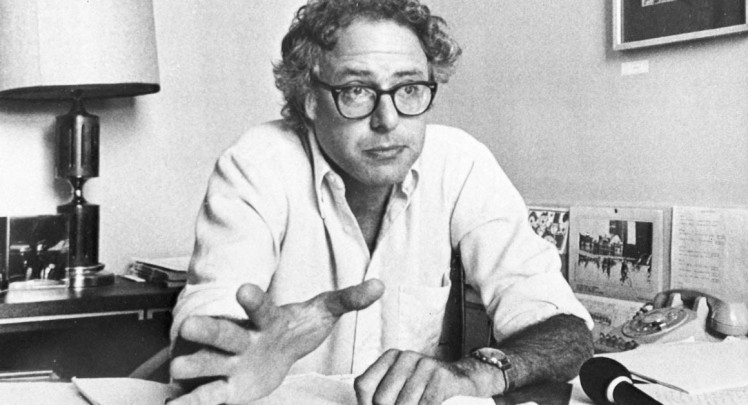 Americans have watched for two years as the investigation of Donald Trump has unfolded like a slow-motion train wreck. The entire investigation was based on what we now know was a fictional dossier. A document paid for by the Hillary campaign, and created by a gang of creepy dirty-trick operatives with a long history of sliming innocent people.

Throughout this entire period critics of the investigation have been silenced by the insistence of its supporters that “we only want to find out the truth”.

The claim that Trump might, possibly, somehow be a Russian stooge was so terrible, so devastating to the country if true, that it justified an investigation, regardless of how shaky the evidence was.

Many sincere people were either convinced or cowed by this argument, and as a result the Mueller probe has been allowed to continue to its inevitable whimper of an end.

But what of the argument used to support it for the last two years?

Is it of critical importance to the future of the Republic that we prevent individuals with compromised loyalties from running the executive branch.

In order to ensure we are not being ruled by a puppet of a foreign government, particularly the hostile Russian one, extraordinary investigative operations are justified and must be undertaken.

It is essential that we as citizens know everything possible about our current and potential future leaders connections with these hostile regimes.

The evidence against Trump was always weak, all of it based on a single document, and a few chance encounters between Trump’s impromptu campaign staff and various random Russians, mostly private citizens.

And of course all this has ultimately been found worthless (vis: Cohen’s under-oath testimony that he had never been to Prague, a key claim of the bogus dossier).

While American’s questions about Trump have finally been answered, there is another candidate who has long standing Russian connections. Connections that span decades, and are much deeper and more worrisome than anything raised about Trump (even if the golden shower story had proven out, which it did not).

That person is Bernie Sanders, and he is far from a fringe figure in American politics at this point, despite his strange demeanor and quirky policy positions.

At this moment, in early 2019, he is the leader among the announced candidates for the Democratic nomination for president, a contest he nearly won in 2016.

Like Bernie or hate him, he is no longer merely an inside joke among progressives, he stands a very real chance of being the Democratic nominee, and from there of becoming our President. Pundits claiming “Bernie can never win” have already forgotten the similar claims made about Trump, right until election night.

A shift is needed in our approach. Those who oppose Sanders, as well as sincere supporters who claimed that getting to the bottom of Trump’s Russia connection was critical, must come together to insist on a complete and open investigation of Bernie Sanders’s prolonged and deep connections with Russia, many of them in the Soviet era.

The broad outlines of Bernie’s long-running infatuation with all things Soviet Russian are available to diligent researchers.

We know Bernie went to Moscow for his honeymoon. This is sort of passed over and laughed off by his supporters, but it should not be. It that era it was considered a signature event in the life of a dedicated American communist. Something many American communists looked forward to as a culmination of their connections with the movement. This was frequently accompanies by other highly symbolic gestures, like getting married in a Red Dress, or having the wedding ceremony itself in the Kremlin. Have we seen pictures of the Sanders wedding?

The honeymoon is explained away by apologists, like the writers at the Israeli newspaper Haaretz as:

“It’s true that in 1988 Bernie and Jane Sanders spent time in the Soviet Union immediately after their wedding, but Sanders was the mayor of Burlington at the time, and the trip, to Burlington’s Soviet sister city, Yaroslavl, was a part of his official duties.”

This is a disingenuous coverup. Burlington’s Russian sister-city was not part of some common and long-standing arrangement. It was not the case that every small town in New England had an assigned Soviet sister-city, rather the sister-city was a direct result of Bernie’s tenure as mayor. As Politico puts it in their article The foreign minister of Burlington, Vt. “In addition to filling potholes, Bernie Sanders focused on the Soviet Union, Cuba and the Sandinistas” in his time as mayor.

He was chummy with all of Soviet client regimes in our hemisphere, in the midst of the Cold War. He never met a Communist dictator he didn’t appreciate: he liked Castro, he liked the Ortega Bros. in Nicaragua, years later he liked Chavez too, initially. These were all Soviet or Russia aligned Communist states.

But there are many questions about Sander’s ties with the Soviet Union that we simply don’t have the information we need to answer.

Was he considered an asset by the Russians? Did he have a Soviet handler assigned to him? Did he pass information on to the Russians, or their clients during and of his many visits to various Communist nations?

Which category does Sanders belong in? Does the FBI, NSA or CIA have files that could help us to answer these questions? If so, in the same way that we have had those organizations supporting the Trump investigation it is time that we declassify all information that they have on Sanders and his communication with Soviet Russians and aligned Communist leaders in the period from 1980 until the present.

American counter-intelligence agents further divided communists into two tiers: “Card Carrying Communist Party Members” and “Underground Communists”, those who hide his or her membership in the Communist party. Often these were people holding influential positions in politics or industry who could have their reputations hurt by open membership in the party.

Was Bernie Sanders an “underground Communist”? As an American politician on the rise he certainly had reason to hid his formal association with the Communist movement, if he had one.

These are tough questions, but there is an order of magnitude more evidence requiring us to ask and answer them for Bernie then there ever was to support the Trump investigation. There are just too many strange data points for us to sweep these tough questions under the rug.

The Russians aren’t telling us who worked with or for them in the Soviet-era.
There was a brief moment at the end of the Cold War when American researchers did briefly gain access to some Soviet-era Russian intelligence records, but those doors have long-ago slammed shut.

What we have learned in several notorious spy cases that have been prosecuted and made public was that the Soviet agents of the late 1980s, the era of Bernie’s close association with various Communist groups, were retained through the fall of the USSR period. Some and went on to work for re-constituted Russia spy agencies of the current era.

Perhaps the most famous example is that of the Soviet-era mole and FBI agent Robert Hanssen. He transitioned from Soviet controlled penetration agent in his early years, to an active agent of the post-Soviet Russian intelligence agencies. Hanssen was an active spy for Russia from in 1980 to 2001, 12 years after the fall of the Communist Party’s rule in Russia.

Was Bernie a mole? Was he an underground member of the CP-USA or other Moscow aligned Communist organization? Did he rate a handler? If so did his support or work for the Soviet-era Russians survive after the transition.

These questions should not be dismissed out of hand. They should be looked at with all the diligence that the appropriate authorities have used to investigate he much less substantial questions arising from the Trump-Russia campaign dirty-trick.

One hopes that the sincere Leftists who have demanded a completely unfettered investigation by Mueller now show consistency and the same inquisitiveness and commitment to finding out the truth about Sanders’s Russia connection.

While the Trump-Russia investigation has turned out to be a farce, the sincere desire to protect America driving it was valid.

Today we can not take the chance of electing a Russian intelligence asset to the nation’s highest office. We must take adequate precautions to ensure that does not happen in 2020.

We don’t know the truth about Bernie, and we need to find it out.

11 thoughts on “Was Bernie Sanders a Russian Agent?”