My recent post “Of Patriots and Ethnic Nationalists” was about changes I’ve observed in several factions of the right which I’m familiar with.  It drew some pretty harsh criticism, particularly from those who I identified as the Patriot Right and at two sites I discussed in the piece, both of which I am a long time reader/commentator at:  Free Republic and Western Rifle Shooter Association (WRSA). … END_OF_DOCUMENT_TOKEN_TO_BE_REPLACED

For many a new dream of a future ethnostate, where a like-minded people can rebuild a healthy and heroic culture,  has replaced the previous dream of a pending total economic collapse and the resulting Mad Max SHTF scenario  that so many on the patriot right have been gearing up for and anticipating for decades. … END_OF_DOCUMENT_TOKEN_TO_BE_REPLACED

The question facing us now is do we resist this coming Deep State Coup, and if so how?  This isn’t merely a question for Trump supporters, but for anyone who still thinks that a political system that isn’t completely run by thugs, with only a simulacrum of democracy as window dressing,  is something worth trying to maintain and improve.  … END_OF_DOCUMENT_TOKEN_TO_BE_REPLACED

We are approaching the end of the first-phase of the coup.   This is a non-military coup, but what we are witnessing clearly fits the definition of “the overt seizure of the state by an elite within the state apparatus”  … END_OF_DOCUMENT_TOKEN_TO_BE_REPLACED

The Deep State actors have been churning away for a year, and it now appears likely that sometime in the not-too-distant future we will find that Trump is being impeached, or indicted, or both. A drowning chorus of fake-resisters will lecture us incessantly about the need to remove Trump immediately.

The so-called Resistance are in fact the exact opposite, they are simply the useful idiots of the Deep State.  The Olbermann Korps bear more resemblance to the Government of Poland in the era of Soviet Occupation.    Headed by quislings, and utterly unconcerned with the people of the land, instead serving an alien agenda.  … END_OF_DOCUMENT_TOKEN_TO_BE_REPLACED

At some point our politicians decided that Armistice Day would become Veterans Day in the USA. While it is excellent that we have a special day for Veterans, it is unfortunate that it was erected upon the memory of the end of WW1, a date held sacred by our ancestors. … END_OF_DOCUMENT_TOKEN_TO_BE_REPLACED 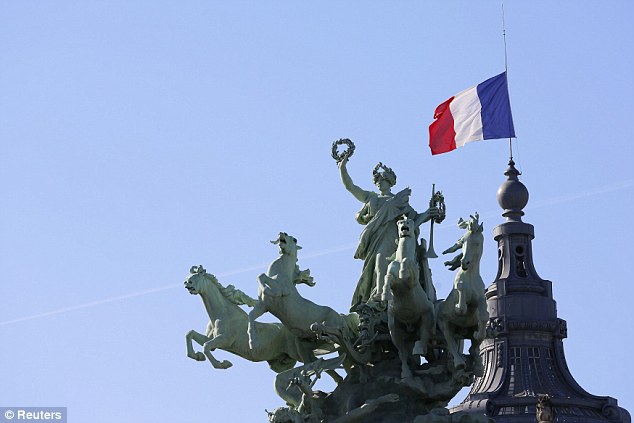 About a year ago military strategist and author Matt Bracken wrote this article, which was widely circulated on the web: Tet,Take Two: Islam’s 2016 European Offensive. Like so many of Matt’s articles it proved prophetic.

Matt outlined three main players in the ongoing conflict over the debasement of Europe: Islam, Socialism and Nationalism. These three forces are now contending openly in France’s election. Three left-of-center parties against an open and articulate nationalism, the Islamic terrorists attempting intimidation of voters with AK-47s used for random killings in the streets. … END_OF_DOCUMENT_TOKEN_TO_BE_REPLACED

Our political situation, that is the Trump win combined with the GOP sweep of Congress and State Legislatures, was driven by a relatively incoherent rebellion. It’s like Marlon Brando’s famous line in The Wild One: … END_OF_DOCUMENT_TOKEN_TO_BE_REPLACED

The Natural Law concept is most often raised as a counter to the latest absurd and offensive policy of the government, often as not as one would expect on a web site nominally dedicated to small arms use, to more gun control.
… END_OF_DOCUMENT_TOKEN_TO_BE_REPLACED